I say this in all seriousness and not in some snickering, mock “irony”. Unless you’re looking for a good reason to rake your own eyes across a cheese grater, leave these titles in whatever dusty bargain bin or digital corner of Netflix that you may find them. Forsaking the risk of increasing their infamy through attention, I must list but SOME of the offending titles here so that we may all learn from history, to stave off the ignorance of giving bad directors money to produce these affronts to mankind, NAY, affronts to NATURE, ITSELF.

END_OF_DOCUMENT_TOKEN_TO_BE_REPLACED 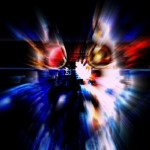 Back before the internet tied the world together with lolcats, anonymous hate, and free pornography, science-fiction authors enjoyed to speculate on the coolness the future would hold once man was given the ability to “hack” into cyberspace using avatars directed from remote consoles. Little did they know how lame the reality would be when compared to their jive-talkin’, street-wise, cyber-addict, punk, super-stylized, 1337 hackers that they dreamed up in the 1980’s and sooner.

END_OF_DOCUMENT_TOKEN_TO_BE_REPLACED 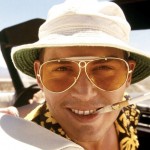 It was only on my actual flight to Vegas, when I had already read the first 100 pages of this cult classic mid-air, that I noticed the irony of my book choice. What an idiot. But after I’d driven across the Mojave Desert three times in a single week, having finished the novel and actually experiencing the hot, lonely, stretch of roads described within, I decided to view the movie for my second time with the wife. Y’know, just to round out the trip. Hunter S. Thompson’s drug-fueled binge across the same area in the early 1970’s resembled my vacation to the surrounding parklands in no way whatsoever, but the movie/book combo still struck a familiar nerve and resonated with me somehow.

END_OF_DOCUMENT_TOKEN_TO_BE_REPLACED 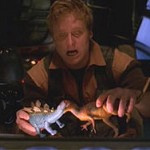 Firefly is a “space-western” series spawned from the mind of Joss Whedon whom, himself, has been promoted to near god-like status among his throng of devoted followers. He’s the guy that helped bring you such atrocities as Buffy the Vampire Slayer (series), Alien Ressurrection, and Speed, but redeems himself (and more) with his hand in Titan A.E., Toy Story, and the original X-Men. (And I am personally on the fence on how I feel about the movie Waterworld.) The guy has a whole resume’ of creative works and talent to back up his name, but when the Fox Network originally aired his strange brand of science fiction drama complete with faster-than-light engines with an equal amount of horse riding, the professional Nerding community called “foul” and rightfully so, due to Fox’s releasing the episodes out of order and ultimately canceling the series before even the first season could conclude. After watching them all on Netflix, I can say that I’m a little surprised the show wasn’t renewed for at least another season, though I don’t count myself among the moaning masses that demands they get one.

END_OF_DOCUMENT_TOKEN_TO_BE_REPLACED 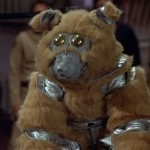 I gave myself about a month to watch both the original 1st season of the highly regarded classic BSG and all four seasons of the slicker, modern-er version off of Netflix. With strong initial impressions of being a Mormonized carbon copy of Star Wars and finally mutating into a humanistic heavy-hitting space drama filled with carbon-copied synthetic humanoids, Battlestar Galactica went through its share of growing pains, homages, and funky story archs. Ultimately it’s a great franchise filled to the brim with worthwhile material that will appeal to current fans of science fiction, but also those who may even be tiring of the same-old formulas inherent to the genre.