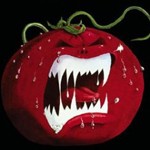 Innovations are the prototypes that thrust our civilization forward and though most can’t be faulted for trying, I’m dismayed to see failed conventions weaving themselves into our societal tapestry. Like cat hair washed into your favorite black t-shirt, extricating each bit of unwanted material would be painstaking, laborious. Incomplete to the point of impracticality. Many of the following can almost be pardoned as footnotes on the path to better things, a sort of transitional limbo best explained by current sufferers of seemingly-interminable puberty. But because conversing with tweens can be spiritually taxing, I’ll simply bitch about various tech that doesn’t meet my layman expectations.

By harnessing the bewitching sorcery mastered by grocery doors decades ago, we’ve cast off the pedantic trappings of poking things with our stubby, primitive digits. Now we wave at everything! Hooray! How better to pull excessive amounts of paper towels from a dispenser than by covering its laser with a thumb? (Motion activated tissue boxes are our future.) Just jerking the paper down was arduous at best. So in lieu of redesigning infectuous door handles to avoid fecal festering, we’ve updated the process that helps sterilize our own biology FROM our biology…. seconds before being boarded by germs borne from the [literal] asshole who didn’t share that same courtesy.

The concept of Tom Cruise high-fiving his Minority Report with exaggerations and a penetratingly watery intenseness doesn’t translate well to real-world implementation. So if you are somehow seduced by the prospect of emulating that scene in your plebian life, convince yourself that he’s just a diminuitive actor with sizable stability issues.

They’re fragile, slow, and scratch-prone to the point of skipping, but CDs haven’t been fully phased out of our rat’s nest of wired devices yearning for digital salvation. Estimations posit that player-less automotives won’t be the norm for another five years while alarm clocks, game consoles, and even computers aren’t entirely convinced that “solely-downloaded” titles will dominate…. which they probably will. 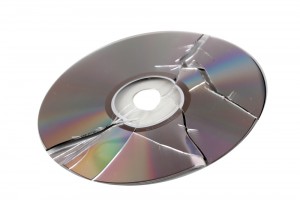 But like a writhing grubworm, it’s difficult to digest the idea that savings from CD production costs can’t be applied to digital content, whose distribution simultaneously mimics piracy in its availability while denying customers full-color lyrics and brooding shots of the esoterically positioned band members staring off frame with their arms folded. (And forget about sharing your purchased music. You own nothing.)

It’s not an upgrade if the end user pays out the nose, only to stomach both physical and artificial restrictions on how they can listen, partly because of the proprietary nature of the new media. Plus, a consumer base weaned on immediate gratification is likely to apply that tech savviness in other ways, mainly the “yo-ho-hoing” variety.

Wouldn’t it be divine to possess our own judgmental personal assistant (but without the judgmental part)? Many think so, resulting in a wave of automated phone voices and pretentious apps to smear in the faces of our receding friend count. Like AskJeeves before it, condescending to digital butlers is nothing short of liberating since you get all the perks of lording one’s status over a disgruntled punching bag without even possessing societal status. Or having to stare down a pair of accusing eyes.

Nevermind that non-military AIs span the lingual comprehension of “Stephen Hawking understudy” to “regurgitating Captcha code”; we are pitched the idea of verbally interfacing with technology as if we owned Ironman’s Jarvis. Ultimately though, the novelty wears thin and we’re left chucking synonymous phrasology, hoping one of the mud clods will stick to the barn of cognitive recognition. To that end shouting “Operator!” into a receiver is viable (especially when speaking to a live representative).

At its best, the idea of miming human speech is still just one step closer to the robot uprising. At its worst, your toilet will someday protest your affinity for Mexican food whilst channeling this datum to the robot president.

Although this “fail” can’t be less boring and more in-line with my preconceptions of maniacal laughter, human interference with the circle of life produces little more than hormonal imbalances, irreversible genetic pollution, and occasional death. Dabbling with and trading the organic building blocks of our sustenance merely emulates the Pokemon nature of “catchin’ all” a mutant’s favorable traits at a bacterial level, resulting in bastardized breeds at war with their very existence. Merely.

Their diligence in manual sweaty germination is so you’ll buy the pretty bananas. 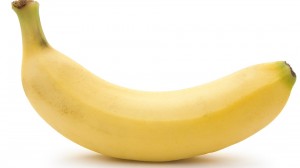 I was ten seconds from purchasing a pair before realizing they’re as comfortable as an airtight body-glove, thick rubber filling the crease between ass cheeks. (Consequently, my body-glove ensemble will be rounded off with traditional socks.) Though the costly water slippers with individualized toes to stub are aesthetically more “natural” than your protective quarter dome of canvas, the manufacturing error is visible in using spandex webbing as a structural component to bridge the cheap plastic which lines its sole. 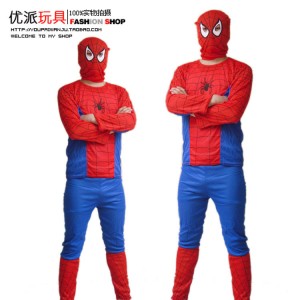 I do rally behind products that encourage our bodies to do as DNA intended…. but my deformed pinky toe -whose growth was stymied by years of conventional footwear into a wedged-shaped vassal state to be melded with its bigger brother- can’t handle a reinforced layer of polyester shrink-wrapping it like a constricted cashew.

Unfortunately, it seems that my mutation has developed Stockholm Syndrome for the closed-toed shoe criminals. Akin to foot-binding manipulation practiced by some Asian cultures, it’s likely irreversible, though I’m thankfully capable of donning sandals without folding into a fetal position, screaming for my captors to resume the beating.

As a jack of all trades, master of dumb, the iPad is just a stepping stone in the modern electronics’ pride parade of screen sizes, falling dead center between oversized phones and feather-weight laptops. Bafflingly, people continue using these things for games and recording video, though it’s marginally better than a phone for touch controls since the user’s greasy vienna sausages take up less of the viewing area. Even navigating search fields is a chore as early incarnations don’t present a simple backspace key, and an internet window folds quicker than a bet that Apple resolves the problems via system updates before releasing a newer version of that same product.

To be fair, the sound quality is reasonably good though I’ve racked my grey raisin to find something it excels at beyond video clips for toddlers who aren’t wielding a blunt object or acting as billboard for socially-obtuse “Padholes” (thanks Maddox). If you disclude its screen integrity in light of heavy duress sustained at the claws of puppies frothing for their favorite pet app, this hapless tech (though coveted) still isn’t as wieldly as a phone and only half as useful as a laptop. 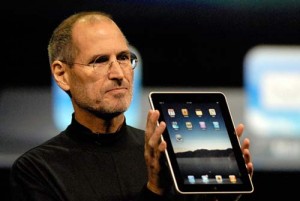 Because the world (ambivalent technophiles) demands cybernetic enhancement without sacrificing limbs, pudgy “dressed-down” businessmen in khaki shorts rejoice as the opportunity to blow their cash on a status symbol has FINALLY arrived. No longer are they forced to store their phones in clunky leather pouches clipped to their plus-sized belts, able to brandish them when -and only when- they hold the gizmos aloft in loudly exclaiming which Whole Foods they’re disrupting.

No, the people have a new champion. And it’s one that can be shown off at all times since it resides, crown-like, upon a fat head inflated partially from ego and partly as symptomatic swelling of type 2 diabeet-us.

What does Google Glass do you ask? Well, it…. um, totally tells the time. Like a wristwatch, but gaudier…. and always in your field of view, as if life ticking by wasn’t more regrettable than having a HUD revealing the singular moments wasted following the thing’s purchase. Other features include: taking pictures, recording your POV, and hands-free texting, all through the magic of voice recognition. (Make no mistake, this device replaces nothing as it still needs to be tethered to your existing smartphone.)

So, as a boon for self-obsessed pragmatics who are too morally frugal to live beyond an expensive commercial lens, Google Glass is shaping up to be a real game changer…. for pranksters. As in, shouting things at a person wearing these will likely give it false commands. 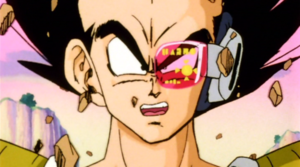 There you have it. It’s impressive that technology has come along so far and so fast, that any number of devices and breakthroughs might have a handful of applications, that my list of gripes is so short that I must ping co-workers for ideas in fleshing out an article containing quasi-legitimate jabs at modern products. It really speaks to an industry of innovation, though we obviously have a long way to go.

It’s not surprising that the ability “to do” will alternatingly precede the desire, so this cart-before-the-horse nonsense often provides some…. odd situations.

Nevertheless, onward! Let’s not discourage the big thinkers from churning out fodder for the technologically obsequious. My day is brighter for laughing at manufactured necessity, though I’m equally impressed by our culture forging its own metaphorical finger traps: pointlessly amusing until you want to be free of modern convention. 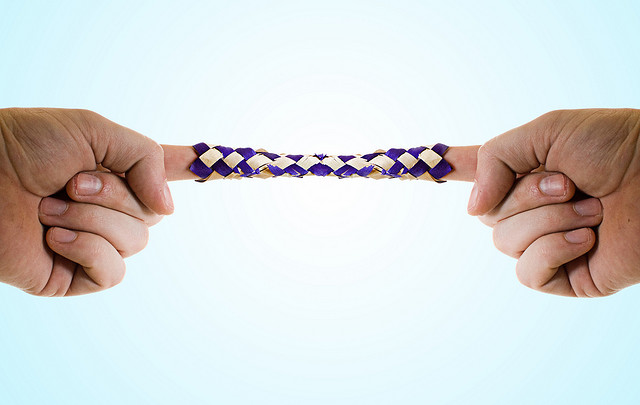