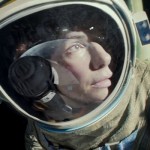 In breaking my tradition of casually pirating movies two years after last considering a passing interest in a trailer that gave half-hearted promises of not sucking, I visited one of your human theaters and was handed a set of bridge-pinching 3D glasses by Andre the Giant’s older brother (I swear he was 6’12”). Thanks Kim! The gravity of Bullock’s harrowing situation is that she must dodge both satellite shards and scientific fact in a desperate jaunt between implausible scenarios. The movie has its problems, sure, but I do agree with critics that this is the one movie to see in Imax 3D if there ever was one.

Predicated by expositional chatter and an incessant Clooney yarning about hairy men and infidelity, Gravity kicks off with the originator of agoraphobia, a massive, looming Earth taking up most shots while the crew dicks around in outer space. As the resident astronaut “genius” consciously keeps her dehydrated lunch from painting the inside of her bubble helmet, Worst Batman careens about in a hover chair, haphazardly testing its maneuverability as a send-off for his final NASA excursion. “I have a bad feeling about this mission”, he repeats too many times, threatening his co-workers with another pointless story serenaded by his selection of *cringe* country music. In the background, we see a professionally-trained, physically-sound scientist/athlete on a multi-million dollar mission as he unofficially stress tests his space age safety harness like a toddler in a johnny jumper or, more appropriately, like a ball stapled to a wooden paddle by a thin strip of elastic.

….Come on, Steve Buscemi didn’t drop his Corn Nuts until at least halfway through Armageddon, and even then it was because of Bruce Willis’ screen presence.

Off-camera, I’m to assume that a tinfoil-hatted pilot floats serenely past as he furiously masturbates in zero G, the remaining crew alternating turns in smearing liquified feces across canvas. 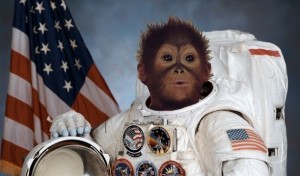 The Gravity movie is assuredly art. With literally no plot or backstory to spoil, it is left to the feature’s amazing visuals to clench millions of box office sphincters as Bollocks attempts a station-hopping trek to reach terra firma. See, a Russian spy satellite has reached critical mass, and although it is not specifically reasoned why pieces of shrapnel traveling 20,000 mph would remain in orbit to pepper a neighborhood bloc-party of space stations every hour (or why the satellite blew in the first place), but God damn if it isn’t visually spectacular. In glorious 3D, hazardous chunks of carnage scream past as deadly refuse traverses the vacuum, pelting our face-lifted heroine’s chances of survival and decimating science-y structures with beautiful chaos.

The CG, accompanied by incredibly immersive audio choices, are spot-on, lending the film one of the most personal experiences I’ve had in a disaster flick. Pay attention, nasuea-inducing shaky cams of 2014’s inevitably cheap-ass movies! This one is a keeper. Spanning the gamut of “infinite sea of darkness” to “fetal-positioned underwear shot”, Gravity puts its bet all on black, hoping that human incredulity and factual oversights can be dismissed in lieu of decidedly pretty visions of a thematic “rebirth” as Sandra Bullock’s character digs deep in finding an emotional lifeline to hold sacred.

[Assumedly] haunted by an unexplored familial trauma, the woman’s downward spiral results in the common coping mechanism of rigorous astronaut training(?) before being launched with the afore-mentioned space monkeys. The part that is actually covered in this film, though, is how she wrestles inner demons of whether the character should bite the bullet and receive a face full of cosmic buckshot or fight the odds in later delivering a ham-fisted soliloquy on the value of living. Willowy character faults might have kept a real psych-eval from greenlighting this fictional space cadet but the lack of adult diapers, extended radio silence, communications relay height disparities, and the questionable nature of her mechanical training are much larger targets.

Nevermind that NASA’s final mission was in 2011…. because actual spacewalks have become just too dang relevant for our race of surface-dwelling phone wielders. 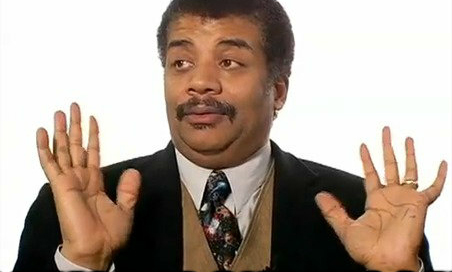 Disbelief firmly suspended, it’s nice to see Bullock as something other than an exasperatedly humorless football mom or an exasperatedly humorless cop or even an exasperatedly humorless love interest in a rom-comedy. And while she succeeds at stage commands directing her to defy Earth physics and float between CG wreckage, her natural, emotional reticence actually works well in a story pitch regarding a mousey woman whom is out of her element. Plus, the great balls of spherical fire serve as sufficient distractions in scenes that don’t have her naked knees tucked close to Sandra’s chest in an overly long, memory-branding art sequence.

So, I guess everyone’s covered.

Because the actual space program’s hey-dey is past tense, I recommend that those interested should check this movie out before the subject material becomes as explainable to the kids as 8 track players and floppy disks. I, for one, had a blast. 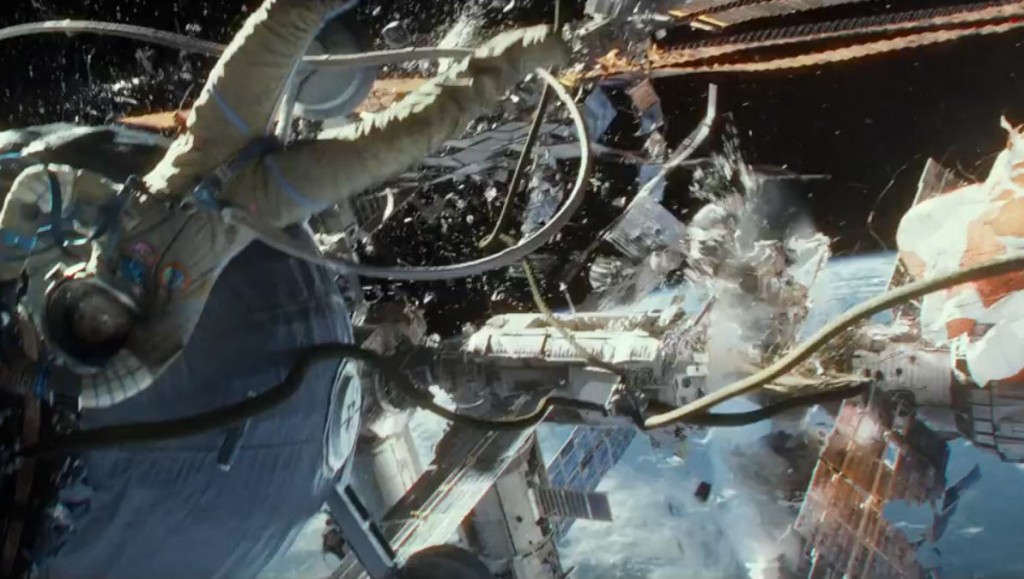