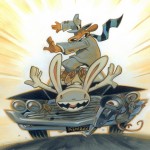 I must admit a mere passing interest in Adventure gaming over the years. They were never the flashiest, never the most exciting. I would become awestruck by a new release in all other genres, rushing out to pick up a copy of an Action title or the latest RPG. In contrast, I would sometimes stumble across an Adventure game even a decade after it was originally released, purchasing the promises of mind-bending puzzles and twisting narrative with only a bemused chuckle as I embarked on something “new” to me, something different than my current library of shooters and relatively shallow challenges. In this list, you’ll find a series of games that helped define “Adventure” as I know it, and are a great change of pace from your typical blockbuster titles that have unfathomable budgets.

Zork (1977)
Hailing as one of the progenitors of gaming, itself, Zork (which is apparently old slang for Unfinished Program) was a solely text-based romp into the bowels of a labyrinthine cavern. It starts off benign enough, with a pleasant white house seeming to welcome you to a straight-forward adventure. The player soon finds, however, that their map-making and even text-driven command skills are put to the test in both deciphering and navigating a world that is intent on trapping or killing them. With an enveloping darkness that heralds man-eating Grus and secret uses for mundane items, this [free] downloadable trilogy is both a throw-back to gaming’s roots and one of the most unique gaming challenges that a person can attempt…. ever. Though it is from the Pong era, Zork’s world is surprisingly robust and the game’s depth/complexity demands respect.

Sam and Max (originally 1992)
Every single moment is definitively ridiculous, but it works. The player clicks on stuff if only to hear the banter between the smart-talking detective dog, Sam, and his wise-crackin’ naked companion rabbit-thing. Sure there’s a game in there, where light item-based combination puzzles must be applied in weirdly appropriate situations, but defeating an Abraham Lincoln statue or dethroning a scrupulous slave-driving Santa Claus is merely a backdrop for the real fun, which is hearing the duo interact with their kooky world where streetrats harangue your progress and fortune-teller-tattoo-artists eke out a living. Nothing is sacred as politics, pop-culture, and even themselves become subject to Sam and Max’s musings where the fourth wall is frequently broken and satire is Law. The best part? The game series is on-going in episodic form. 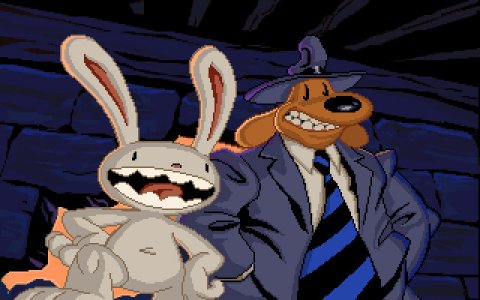 Myst I-IV (originally 1993)
Myst is an enduring classic that has the shocking appeal of having players READ to find answers to visual puzzles. Can you imagine that? Reading as entertainment? Before the Elder Scrolls series turned perusing books into a side attraction, Myst made it the core idea of the entire series. Players are literally sucked into the pages of fully imagined worlds, the brainchildren of a mysterious author whom guides you indirectly through clever notes and discreet artist sketches. The entire series (save for Myst V which should be avoided), is incredible and gets increasingly better graphics, larger worlds, and more challenging with each incarnation. With new versions of the original landing on every platform available, one can trip over a ten-dollar copy for their PC, console, hand-held, and probably even the smartphone by now. 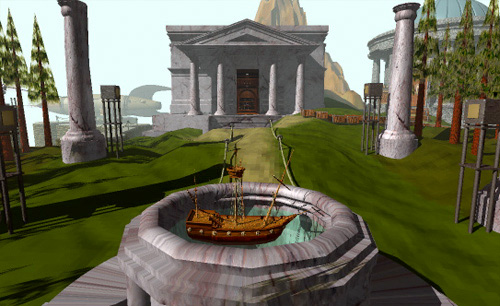 The 7th Guest and The 11th Hour (1993 and 1995)
The 7th Guest and its sequel are legendary examples of story-telling mixed with intrigue that can all be glued together with explorative puzzle-solving. It is so good that a port made the CDi Turd shine brightly with the brilliant use of FMV overlay on a 3D mansion. Stauf is a megalomaniac party host; akin to a demented Mr. Boddy from the board game Clue, his evil spirit taunts the player after killing off his guests whose phantoms discuss their predicament through a series of haunting flashbacks. Its up to the player to piece the mystery together by thwarting the malevolent madman at his own game, which happens to be chessboard fragments, skeleton-spider traps, stained-glass arrangements, bacterial hopping puzzles, and more. The haunted mansion is constantly eerie, but genuinely horrifying moments are memorable and make both games stand out as easy recommendations among those of their type. 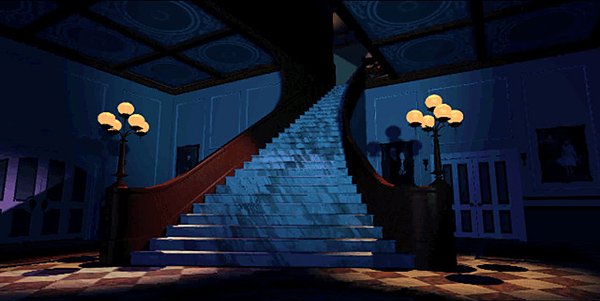 Grim Fandango (1998)
Lucasarts has made a lot of crap Star Wars games, let’s just get that out there. But when the company chose to deviate from its routine method of shoe-horning that franchise into ill-fitting genres, they made some spectacular adventure games to lay the foundation of every fan’s collection. Grim Fandango is one such game. You are Manny Calavera, a diminuitive grim reaper whom works for just your typical 50s office in a Mexican-styled underworld. With incredible visual themes melding traditional Day of the Dead skeletons with Film Noire overtones, you’d be surprised how this game masterfully changes moods. Riding an edge between parody and tribute, the game defines itself as a sort of Casablanca-inspired drama with knee-slappingly hilarious dialogue. Though I had some trouble revisiting this game on a modern computer, this classic shouldn’t be buried because of technical issues. Order it from Amazon. 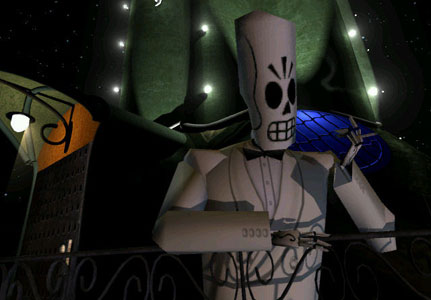 The Longest Journey (1999)
Like the misnamed NeverEnding Story, The Longest Journey may not be the broadest trek that you’ve ever had, but it is certainly one of the more vivid depictions of a girl who unknowingly bridges the realms of fantasy and a tech-driven world. As April Ryan, you don’t really know what to expect when your seemingly art-fueled hallucinations interfere more and more with your life as a college student. Two-dimensional dragons come to life while mysterious pipe-playing imps dart about when you were just trying to settle down at the local dive. The story takes a more mature angle at first, but most preconceptions are thrown out the window when her reality proves to be much more than she imagined. This game is great but skip the sequel, Dreamfall, since that game presents one half of an interesting plot that may never be completed. 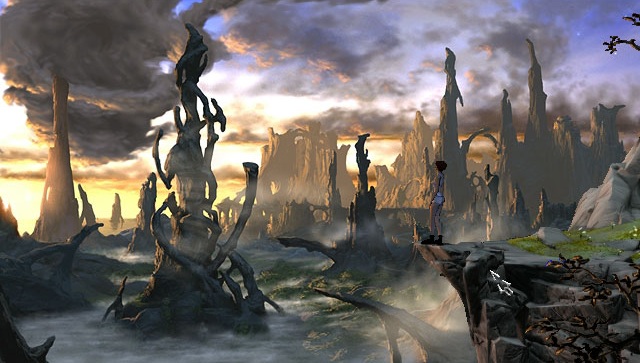 So these are some of the fore-fathers of the genre, but where does that leave Adventure games in modern day?

Hotel Dusk: Room 215 (2007)
A title that resurrected my interest in the perpetually failing niche market of games, Hotel Dusk adopts a uniquely humble stance with unambitious promise. In addition, the “puzzles” are realistically simple and the conversational options rarely cause the Game Over screen to pan mournfully by. So what exactly keeps a player clicking away with the DS glued to their face? The characters are absolutely engrossing. Taking place in the quirky time period of 1979, an ex-cop-turned-salesman named Kyle Hyde checks into a worn motel in the middle of nowhere with the express purpose of tracking down items for his present employer. With a little detective work, he is thrust into the middle of a network of lies since each guest seemingly has a dark, secret past they wish to keep from you. With an art style and odd mechanics all its own, Hotel Dusk makes poring through substantially human dialogue riveting, as the mysteries are expertly revealed.

Hopefully with games of this caliber around, people won’t forget the quality bedrock on which all other Adventures are built. Though the genre is typically overlooked by myself and the general public, some experiences are truly unparalleled as they shine through the mud of creations made by unskilled companies, companies who could be considered fans of this game type rather than an actual developer. Even with the talentless mis-givings of some, it’s nice to see the effort as they try to live up to the greats, which stand the test of time through unforgettable characters, engaging gameplay, and a story that could be told in no other form.

The genre isn’t dead yet, so here’s to quality Adventures in the making!