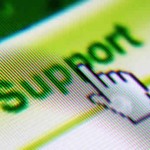 My “bread-winning” job is admittedly easy. Health and dental coverage. Three weeks of paid vacation. A little cubicle to myself where I can watch YouTube and Netflix and shoot zombies at AddictingGames.com in my downtime. But despite the low demands of this environment, there are STILL co-workers that exploit the company and shirk their minimal responsibilities. I “work” alongside people who clock in, abandon their desk, and play ping-pong in the cafeteria for half the day or even leave the campus while billing the company. Akin to stealing hundreds of dollars a week, these same people show up late, leave early, and still get paid for a full 40. These same people come in on the weekends to put in some “overtime”, despite there not being a single in-bound call….

In addition to the maddening attitude and douche-y behavior that would make these kinds of thoughtless professional decisions, my workload is directly influenced by their inability to sit in a fucking chair and make themselves available for incoming technical support questions. The questions are easy and the calls are infrequent, but my peers “AUX out” to walk around, take personal calls, or sit in each other’s cubes to watch an episode of the Big Bang Theory (out loud), killing the time in between our three scheduled breaks. Emails pile up and the “calls holding” light stays on, all while mini-basketballs bounce off the back of our offices and I hear uproarious laughter not 6 feet away from where I’m trying to listen to some woman’s sob story about not being able to log in to our website because the previous rep didn’t stick around 30 more seconds to make sure.

The denial is strong as well. They bitch and moan about each other doing the exact same thing they are all guilty of, a bewildering stance that makes me heavily question my sanity and predict a vicious cycle of paybacks perpetrated at the expense of the previous offender. They rant and rave in hushed tones as the rival of the day walks by, all while spouting personal reasons why they’ll not deviate from the set example. Snarky emails get passed around, traps are set, and the seemingly bright and friendly smiles are paper-thin fronts full of wicked malice. All this to the tune of personal stereo systems, facebook pages and dating sites, half-assed ticket logs, and unscheduled absences.

Believe me: I understand what it’s like to put the finishing touches on your homework during the hours of a full-time job, but not when it effectively multiplies the call volume for your team. I used to work a 60 hour week at Hewlett Packard while running the manufacturing lines, a mad rush for my school on the other side of Houston putting a heavy strain on my sleep requirements and overall wellness, not to mention the homework that I tried to sneak into my 12 hours of fetching foam containers. I get it; life’s hard. But making it worse for other people who just try to keep their heads down and slog through it all is intolerable…. And I recognize that this is an especially great job to do those “extra” activities such as planning your weekend, doing some creative writing, shooting hoops with a metal bucket in the aisle, or even fake-masturbating with your Shakeweight. This is really the best job in the world to do all of that extra stuff…. but practice moderation God damn it!

We have detailed spreadsheets, statistics, of how long our average hold times are, how many calls we take, what phone numbers they come from, the average RING time before we even pick up, and the offenders still don’t get called out on the bullshit. I can’t tell if it is favoritism, negligence, or a severe case of ambivalence or despondency that keeps these bold slackers around but it definitely encourages me to put a lot less effort into my efforts. This is the type of communicable disease that can only spread without immediate containment, not die on its own as you go about your day. To make matters worse, I have a lingering feeling that management doesn’t have the heart to give employees the axe due to some unforeseen layoff on the approaching horizon. That’s right. There have been rumors for years, but this lackadaisical approach may be initially set adrift by the uncertainty of our professional futures. The managers may simply be pitying the soon-unemployed since the worst that my department receives is a fangs-free memo addressed to Everyone out of fairness. For Fuck’s sake.

Whatever the case, I’m sitting here and typing this article between calls, stewing in my own sulking broth of Unmitigated Rage and Nagging Uncertainty, torn between decreasing my workload by snitching on my peers (and possibly risking an inquisition that enforces the ignored dress code, internet usage, and other legalities) OR slacking off to the point where my own conduct and performance comes into question, thus negating the effects of a massive layoff with my own personal expulsion as substitute (given the un-likelihood of a real audit in the un-foreseeable future). In all scenarios where I open my mouth I become the Office Leper, an untouchable retch from all social circles, barred from any form of interaction and the subject of private ridicule. Conversely, all other scenarios depict me fighting my engrained inclination and foresaking better sense to NOT do everything in my power to help out the team, to NOT burn through the To-Do pile like a woodchipper in my eagerness to enjoy the digital fruits of my labor, to NOT get the few hours of work done to enjoy the near-equal amount of free time.

This isn’t the first job of mine that produced self-aggrandizing, entitlement-driven, ingrates out of otherwise able-bodied individuals, but it is singularly the most prolific example of unjustified, blatant, and infuriating carelessness that I can pull from my extensive work history. I’ve been employed as everything from a Cashier to Cart Pusher to Freelance Artist to Factory Worker to Shipping Manager to Sales to Stock to Delivery Driver to Handyman to even a Gymnastics Coach and Camp Counselor, but I have never seen the degree of obvious Slackerism that I’m now being subjected to.

This article is an official Fuck You to anyone out there that makes their hard-working peers cover their neglected workload through inaction. I want it to be known that even in terrible economic times, there are people who don’t deserve what they have, that for every ass-kissing weasel, for every spoiled kid who has a job “just for kicks”, for every lay-about waste of biology, for every pompous and prissy peacock, for every coat-tail-riding-email-deflecting-piece-of-wormridden-filth-who-details-the-numeric-count-of-their-responsibilities-on-a-daily-basis…. there is at least one jobless schmuck out there who could happily replace the team member’s sorry ass with only a single week of training.

The new guy would probably do it for less money too, just like I am.

Update: As one of the least-paid, hardest-working members of the team with double the average responsibilities, it made only sense that I was in fact laid off in November 2013. Pearson gave me, my wife, and four others the axe before rehiring those four when Tech Support’s coverage and efficiency tanked. I sense a personal grudge from HR.