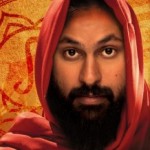 We seek and subsequently elect our political leaders, lending them reigns to steer governments through times of turmoil. So too, do some find beacons in their lives, utilizing the embodiment of spiritual leaders to guide where they’re needed most. But what if our best spiritual guide was our own rational voice? And what if our religious Guru, bearded, accented, and draped in an Indian smock, turned out to be a film-maker from New Jersey?

When I signed up for this story on Netflix, I expected a Sacha Baron Cohen skit of pure audacity, in line with Borat prodding the graciousness of Americana by openly mocking its hospitality. And in a way, I bet Vikram Ghandi (this film-maker) did too. He certainly comes from a disharmonious place, contrary to the world he is infiltrating. Vikram, perturbed that the United States heralds such pot-smoking, ponytailed, unwashed “masters” of his rejected Indian heritage with any degree of adulation, sets out to ruin the image that other false prophets, egotistical figureheads, and myopic despots built around themselves. He becomes Kumare’ to tear down what some of us exalt.

But this goal changes, and quickly. 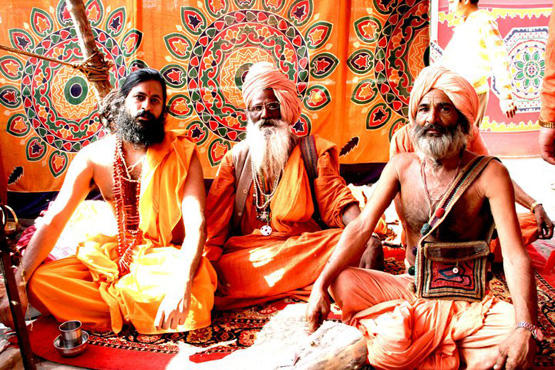 Assisted by two female yoga instructors and donning a stuttering, stereotypical accent, our host finds himself immediately in the thick of it, overwhelmed by how easily he achieves status due in no small part to his intimidating cane (are those boobs?) and unkempt facial hair. Vikram is in over his head as class attendants become routine visitors- become confidants- become followers. Speaking very little and only offering scant pieces of broken wisdom, the film-maker could not have predicted how forth-coming various elements of the community (other gurus and practitioners alike) would be…. nor how much they would fawn on his “teachings”. At this point, drawing penises on their foreheads upon first meeting seems so cruel, expecially since everyone is noticeably respectful and kind throughout the ordeal.

The newfound followers soon integrate his fake routines and mantras into their daily lives, confide their darkest secrets (to him and camera crew), and gush with emotion in describing what a pure, sympathetic, and benevolent soul the false Kumare’ persona is. Even Vikram, himself, falls in love with this new path of universal oneness and harnessing “the blue light”, later professing a desire to abandon all else after realizing the truth: that Kumare’ represents every bit the person that Vikram wants to be. The people shower praise and guilt compounds from the ruse. Unlike Borat/Cohen, the film-maker realizes the gravity of his actions and can’t bring himself to create a negative vacuum where Kumare’ once existed, leaving his people without a spiritual crutch as support through their divorces, addictions, and stressful jobs. The guy who plays Kumare’ matures in the telling of this story and discovers a higher purpose, shifting his intention from acts of societal whistle-blowing. 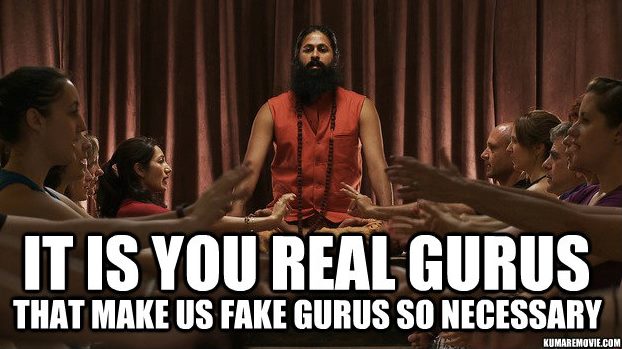 The viewer becomes enraptured with the well-meaning purity of his flock, who are just real people with real problems, not far gone like the glazed zealots one might expect. You come to understand and even relate to their individual plights and journeys: the chubby woman whose kids grew up, the divorcee’, the death-row lawyer, the former cocaine addict, the hippie, the eternally-smiling woman…. Being a fellow denizen of this planet, I came to recognize why chanting, meditation, and togetherness was important to them and why instruction, not discovery, is seen as the keys to this coping mechanism. Vikram’s urgings manifest themselves against this, of course, in the form of overt hints and even straightforward statements; but phrases like, “I am a fake teacher”, carry a loaded message of mirrored truth to people peering through wool.

Indeed Kumare’  is a teacher of sorts and his principles begin to reflect a sustainable truth, one that would support the group in his absence.

“You are your own Guru.”, becomes the message of his declarations and practices, an empowering concept that fuels their inherent desire for strength, but ultimately generates from within instead of…. Without. A viewer could argue his methodology, but Kumare’ turns the group’s focus towards each other and to themselves, building a foundation he would use to extricate “the false prophet” from a labyrinth of dependency of which he designed. Instead of seeking a shrine, a room to “worship” in, instead of seeking a man, a sage to tell them right from wrong, the students are led to rely on the untapped abilities at their command and are instructed how to take their “holy place” with them. People need havens, but they can be made instead of given, and no singular man should force the public to its knees.

It’s a wonder that so many of the final 15 were surprised at the revelations to come. At a delayed “unveiling” ceremony, after certifying that students were in an appropriate place of self-reliance, the hair was cut and the beard was shaved. A reticent Vikram stood before a mixed crowd of frustration and tears, a few of which darted from the room (like a yoga teacher whom had adopted his methods). Some accepted the film-maker as a misdirected youth while others clapped him on the shoulder pronouncing him as a son, admitting that they had learned much. Oddly enough, there were chakra readers and others still persistently adhering to the thought that he possessed spiritual powers…. though Vikram would have none of that.

The reactions were mixed, and exhibited exactly how you’d expect from a group who had spent weeks thinking this irreverent Jersey kid was a man among men, one whom directly communicated with the essence of human nature and possibly even the Great Unknown. But who’s to say he doesn’t? Everyone involved, including the viewer, may have had a degree of personal growth in this ruse turned documentary. Human gullibility can stem from a desire to trust others, to connect, and it’s a beautiful thing when a conman’s immaterial identity manifests through the genuine empowerment of those who place faith in him. (You can imagine how this kind of thing could get out of hand.) In short, the film-maker is not the same person that sought to forcibly remove the mask from a system of professional fakers, but that is what he has done all the same. Surprisingly, in the gentle process, he showed both them and us a better way, a saner way, to find your center and take the wide world in stride.

I feel better after considering that those who felt duped after this revelation (and ran out on the cameras) were probably attracted for the wrong reasons, hurting their own pride through superficial idolation. I believe that it is the “real” students, those who resonate with the spirit of spirituality, who can smile after it all and continue their path. I mean, look at all the genuine good that came out of this scenario.

There’s a bevy of crucial issues at the heart of this trek through the human condition, many of which (like Kumare’ would say) can only be solved by the individual. Watch this film and find solace in how you reach (and express) your own questions. Due to the absurdity of the premise and the tenderness of feelings involved, this is one of those experiments that’s a real shame that someone had the guts to perform but is still a boon to sociologists everywhere.

Regardless of what transpired, we all benefit from his message:

“You are your own Guru.” 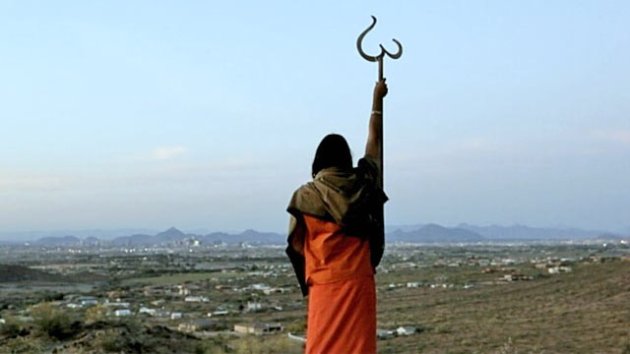