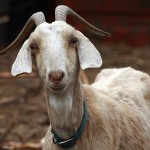 “You are the contestant on a game show that has 3 doors. One of them conceals a big prize. After picking a door (either A, B, or C), the show’s host reveals an unpicked losing door. He then asks if you’d rather change to the remaining unopened door, or stick with the one you had initially selected.”

Do you switch, or do you stick with your original door?

Contrary to what some may think, this classic “Let’s Make a Deal” probability puzzle proves that IF the contestant chooses a different door than the one picked first, they increase their probability of winning to two-thirds. No tricks. I’m serious.

(Let’s say that Door C is the winner.)

Switching your initial choice has a higher chance of landing the ultimate prize!

It boils down to this: when the contestant makes the original choice, they have a 1:3 chance of picking correctly. But then the game changes. After the host removes an option, you’re down to one good answer of two total doors. (It WOULD be simple probability if the contestant was presented with only two doors from the get-go.) If the player DOESN’T SWITCH, they’re assuming they’ve picked the prize accurately in round 1…. which isn’t likely. SWITCHING acknowledges this and effectively reverses the player’s chances. In fact, picking a dud door with this method isn’t likely.

Don’t believe it? Get a friend and 3 playing cards to see if you can’t statistically debunk the theory. If a “wrong” card is revealed and a contestant switches cards during phase two every time, I predict they’ll have a 66% success rate of getting the big prize…. as opposed to 33% probability if never switching answers. Strangely, the contestant is likely to win if they choose wrong in the first phase. Your odds are initially slim, then double in the player’s favor upon flipping answers. Cool, huh?

The big question is: how many would naturally switch choices without this knowledge?!

George Zimmerman followed Trayvon Martin of his own volition, even after being advised to back off by a 911 operator. I understand the acquittal due to “reasonable doubt”, but this case is not racially supercharged as the media likes to portray. It’s absurd really, since both men are a “minority” by definition and Zimmerman had a record of tutoring black children. I still hold some degree of skepticism regarding the various narratives and defendant accounts, but I see both sides of this story: One guy was simply patrolling his home while another was being trailed by an armed man. This confrontation may have even been between “innocents” as far as any of us knows, a situation that ended in the worst way due to the presence of a death-dealing weapon.

What I find interesting is how little we actually know about this case before formulating an opinion. The media is very responsible for not talking about the security of this community in which both men stayed, the eye-witness statements, or the full version of communications held between the Defendant and police (most are edited to portray a particular POV), as well as Trayvon texting to friends prior to his death.

The second link is an informative location map with call times, while the first is the best video that I’ve found to reasonably discuss the occurrence. In it, Stefan Molyneux from “freedomainradio.com” reveals facts that are rarely discussed, including Trayvon’s large stature, combat training, and drug use, as well as Zimmerman’s domestic record and previous interactions with the police. The point isn’t to prove one of the men solely responsible, but rather to define the law and what preceded the actual trial. Based on this evidence, I do find reasonable doubt in not only the credibility of both parties but I truly understand how both must have felt during that fatal night.

[Quick Edit: As of December 2013, Zimmerman is back in the spotlight for waving a shotgun at his short term girlfriend to vacate his house. I’m having a harder time seeing the defendant’s side of the debacle….]

Call me an idiot [pause], but I took The New Yorker columnist Andy Borowitz literally when his article mentioned the mutual agreement to forever separate Putin and Obama. “It just CAN’T be true,” I thought, my discernible expectations for politicians disintegrating even further in a search for contrary evidence. It made sense in a senseless way, Obama being a silver-tongued upstart and Putin being the rugged, bear-wrestling, judo master who lost his smile in The Great Emotional Purge of ’52. Plus, “Barry O” only has a couple years left. It’s completely do-able.

Finally, after proof eluded me on the YouTubes, TYT, CNN, and other “legit” sources, I began investigating Borowitz, himself, suddenly realizing that the other blurbs in his repertoire tended to be more overt and indisputedly false. (The Wikipedia article labels him as one of them thar “comedians”.) Sucks that so many bloggers reference The New Yorker‘s satirist in their own writings, because it would be too easy for someone to quote multiple sources of this “story” and believe it as God-ordained fact.

Would it be too difficult for a “trustworthy” news source to require disclaimers at the end of each article? A single word like “PSYCHE!” or “GOTCHA!” would have saved me hours. (“The news, reshuffled.” is a terrible tag-line to indicate satire by the way.)

Screw your tongue-in-cheek-elitist-snobbery you long-necked, monacled asshole. I shouldn’t have to perform a full background check on your employees. What’s more, [surprisingly?] I even like bitter political humor…. but label it better for fackt’s sake! 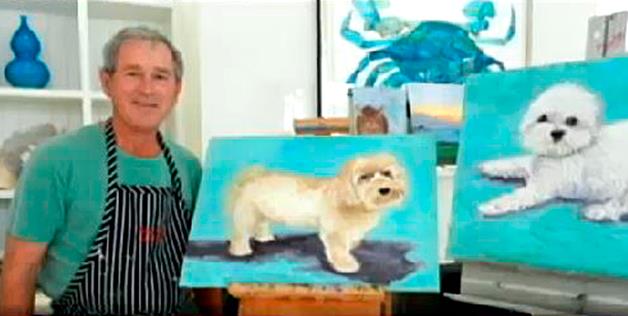 The ex-president who couldn’t pronounce “Nuclear” or “Inherent Liberties” if his life depended on it certainly has uplifting behavioral patterns post-Oval Office. While Darth Cheney waddles from the shadows to dole scathing political critiques upon every issue beneath our warm, life-giving sun, “Walker: Texas Painter” here works at perfecting his hobbies and volunteers for house-building programs in Zambia. “The Decider” has made a handful of contributions in the years following his wartime atrocities, economic failings, and assaults on American privacy (the gifts that keep giving), but his budding skills on canvas and volunteer-carpentry caused me to blink unexpectedly at a chiMpANzee I once thought I had figured out. This, of course, doesn’t change his recent abandonment of a Swiss banquet for fear of being arrested (having admitted to torturing detainees), but something in that dopey grin insists the truth of what he has been saying all along:

George W. Bush believes that his presidential choices were Right and Good.

In parting, here’s a rather sinister image of his efforts in Zambia…. unless this is a screenshot of the sneaking mechanic in the latest “Thief” video game installment. 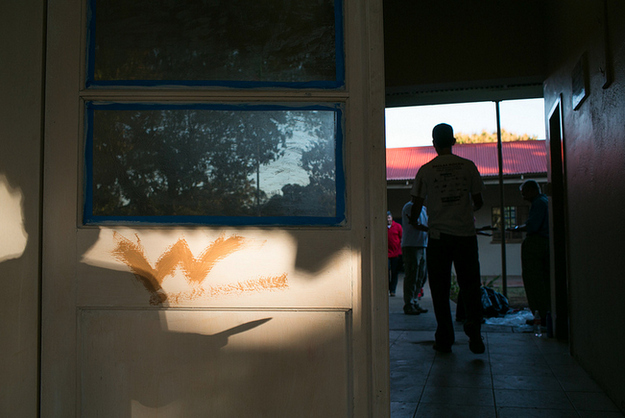 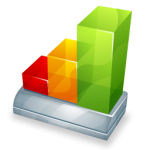 Not to get in the habit of simply reposting material, I was directed towards some incredible charts that need to be shared. Philosophical commentary on mankind’s foibles? Check. Raw data graphs on popular trending? Check. Attractive, colorful layouts of simultaneously frivolous/crucial information? Check.
Graphophiles like me will be pleased.

Being a sucker for timelines, analysis, and interpretation, I swooned at the visul representation of things we know but may have needed proof for. Explosions sell movies, people lie about their height, the CD format is dying, and Old Folks are against gay marriage. Additionally, our military budget is huge, people are likely to have a Spring Break-up, there are a metric shit-ton of video games, and people’s Facebook statuses are constantly changing. ADDITIONALLY, vaccines are kicking ass, green-eyed black-haired people are uncommon, pumpkins don’t keep, and blogs have a surprising distribution amongst all ages. Check these out:

It doesn’t end there. If your appetite is whetted, check out the meticulously constructed entries in a steep web comic called XKCD. It’s easy to get lost for hours, so make certain to pace your experience. These are some of my favorites….